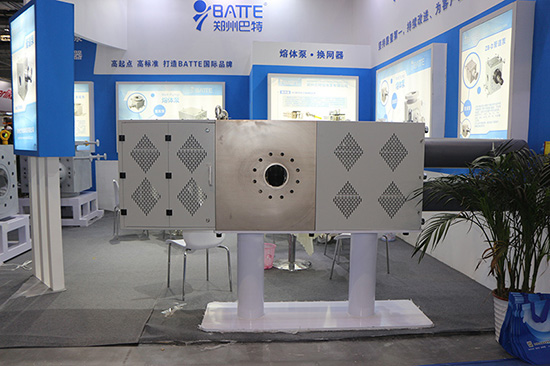 Multi-layer co-extruded blown film production refers to the production method of co-extrusion of more than 2 layers of multiple extruders, which is also divided into two ways: up-blowing and down-blowing, down-blowing is common in packaging film, and up-blowing is basically dominant in agricultural film; hydraulic screen changer is generally installed between the flange of the extruder barrel and the connection flange of the die, and the bolt is fixed through the flange on the screw hole of the screen changer, and the main machine is moved back. Multi-layer co-extruded blown film has high requirements for process, long time uninterrupted production, no material leakage, and high requirements for pressure resistance of screen changer, Batte provides double column double station hydraulic screen changer, which can well meet the above production process requirements and is recognized by many users. 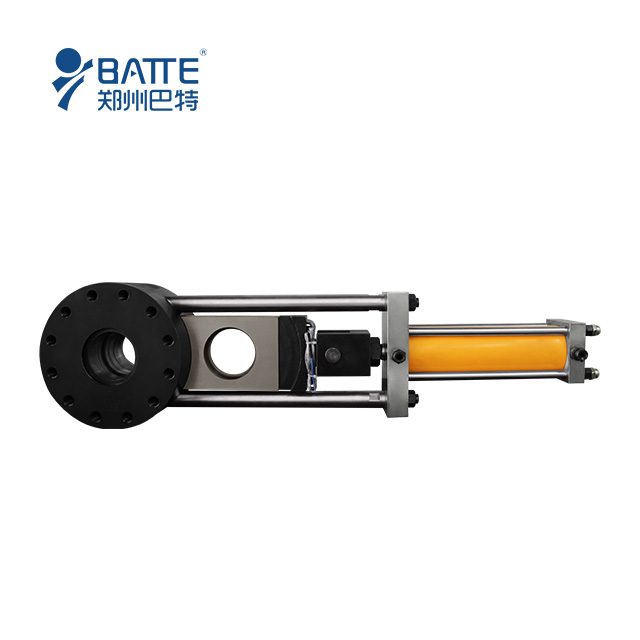 For single machine blown film using single plate double-station screen changer, but when changing the screen, the film may break, especially for film production, it may be necessary to redraw the film, so the single machine production will generally adopt the way of stopping to change the screen.

The double-column duplex screen changer provided by Zhengzhou Batte has the advantages of high pressure bearing (can bear 50MPA), no material leakage, no stopping to change the screen, multi-layer co-extrusion production to change the screen without affecting the production, longer life than the plate screen changer, pressure and wear resistance, no material leakage for long time use, etc. info@battemachinery.com